Establish a base line data prior to installation and comparison of data post installation.

1. The estimated saving of the RFC ranges from 3% to 30% depending on the application. (7%-12% on stationary engines powering gen sets and so forth) and therefore requires a quantifiable statistical representative sample. The more engines involved the more reliable the results will be when making a business decision for the entire fleet. At minimum of five vehicles should be used. With fleets of over 200 vehicles, 10-20 vehicles should be considered.

2. It is recommended that a group of control vehicles are used where possible particularly if winter conditions are approaching in the area where the verification is conducted. Colder temperatures affect diesel fuel. Under such circumstances a control group is imperative.

2 through 4 are designed to reduce the effects of as many variables as possible.

Before the RFC is installed Brian Gibbons, the sales rep and the end user project manager should have seen the baseline results to be sure they have been completed correctly and according to protocol.

Data Collection: For best results, use the old fashioned method of manually tracking fuel and mileage/engine hours (manually tracking odometer readings and actual fuel readings to the 1/10th of a mile and gallon) and loads if possible.  Use our log sheet or one very similar.  It is important to have the operator sign off on the sheet as he collects data so he understands the importance of the information he is collecting, acts responsibly and avoids mistakes that can skew the results.

We strongly recommend that the maintenance manager or project manager have a meeting with the operators involved to ensure that data collection is accurate and they understand the importance of good data and their commitment to collect such data.

We recognize that vehicles today come with on board computers (ECM) but there is a +/- 1.5% margin of error with this equipment that can skew the results one way or the other if compared to other methods of collecting data. The margin of error is consistent so using that method is appropriate. Where ECM’s are available, we do recommend that data is collected from them as an additional set of data. The ECM data will reflect the fact that savings are produced by the RFC, but actual correct amount of savings could be off slightly. 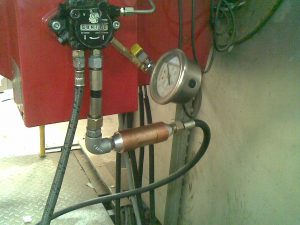 cases to develop the baseline prior to installation of the RFC units.  The collection includes fuel usage, hours in use and loads involved.
Clean-Up Period: Immediately following the baseline period, the RFC should be installed and the engine should run for 250 hours or 10,000 miles (16000km) under load to clean carbon deposits out of the engines.  No data is collected during this period.  If the  client wants to collect data during this period, it is not to be used as part of  the post install data

Post Install  Period: Following the “cleanout”, collect fuel usage, hours in use and loads involved for another four weeks (whatever time frame is used for the baseline should be the same for the post install data. Whatever considerations or criteria that was used in the baseline should be adhered to in the post install data to reflect comparative values and accurate fuel savings or reduction in emissions.

Some large companies may insist on longer verification periods. The length of time used for the three phases, is far less important than the adherence to the protocol. The baseline period should equal the comparison period, and all three phases should be done in sequential order with little interruption as possible.  Any repairs to trucks or changes during the comparison period from the baseline, those vehicles should be removed from the test.  The baseline should be reviewed by competent personnel to be sure that the numbers are consistent with the protocol before mounting of the RFC.  It would be a good idea to change the fuel filter at the beginning of the comparison stage to be sure clean fuel is entering the RFC for the comparison stage. 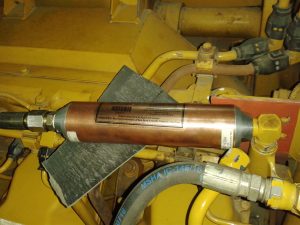 Through out the three phases of verification, it is essential that your project manager or whoever is overseeing the process is in close touch with the sales rep to ensure close adherence to protocol. It is common, and recommended to exchange data during each of the periods. In addition, it is imperative that the RFC is installed immediately and correctly following the Baseline Period. Your sales Rep should require photos of installation.

1. For generators, use a generator that runs 24 hrs a day seven days a week if possible. This should tell you what amount of fuel used as a daily average over a month’s time.

2. Install the Rentar and run 250 hrs first as this is the time needed to clean the engine of carbon and injectors of lacquer and varnish that has accumulated. Then run the generators as you did on 1 above. Collect kw’s or kwh to measure against if possible 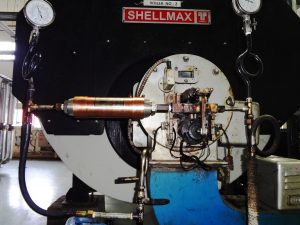 A comparison of post data numbers and baseline numbers will give you the percentage of fuel savings..