Passing fossil fuel over the patented combination of rare earth and metallic elements contained within the Rentar® Fuel Catalyst causes several parallel reactions to occur which modify the fuel molecules as well as produce Hydrogen Gas as a side product which promotes a more complete burn in the combustion chamber. The reactions promote polarization of the saturated hydrocarbon molecules within the fuel which changes the ratio of single bonded unsaturated straight-chain aliphatics to double bonded non-saturated ring-compound aromatics. This leads to some dehydrogenation of the saturated hydrocarbon chain with the resulting release of a small quantity of hydrogen gas. 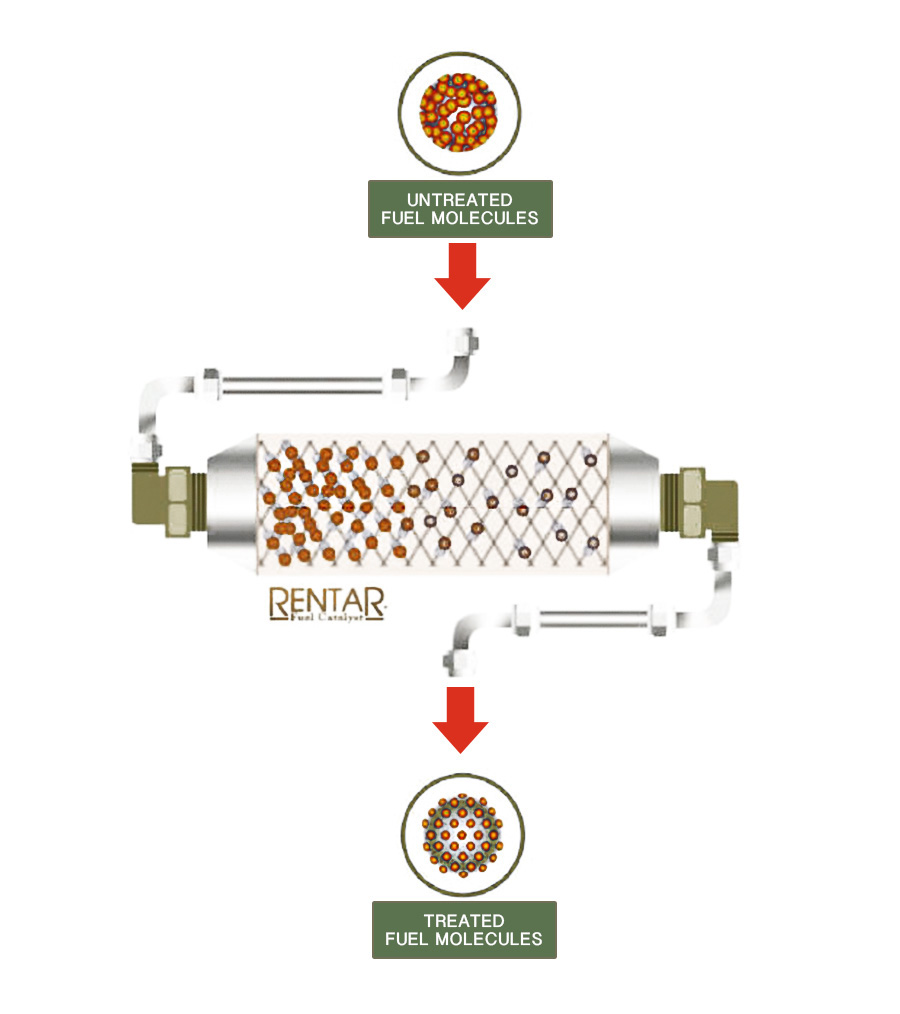 The above reaction creates a modified fuel with an increased Cetane Number. This with the active mixing of the Hydrogen in the fuel results in shorter ignition delays which provides for a more efficient burn and the combustion process is more complete leading to better fuel economy and reduction in emissions. The design of the Rentar® Fuel Device, shown to the left, promotes turbulent flow as the fuel passes through. This and the polarization of the fuel molecules produced when the unsaturated molecules are increased resulting in a lower fuel vapor density which allows the required oxygen and the newly released highly ignitable hydrogen greater access to the fuel droplets at the point of combustion.

The process described above allows the potential energy of the fuel to be converted to kinetic energy and this to useful mechanical energy. This in turn, in addition to a more complete and cooler burn, with reduced emissions, and reduced fuel consumption delivers increased horsepower/torque.